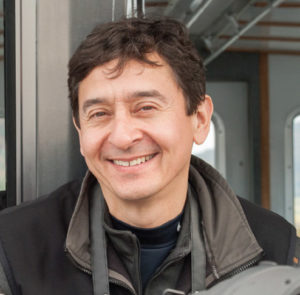 When preparing to go out on a hunting trip, every hunter knows there are no guarantees. Even the most experienced hunter can go to the right location, at the right time of year and still come back empty-handed. Hunting takes persistence, careful planning, and sometimes just a bit of good luck. But a skilled hunter doesn’t give up after a failed trip, but instead tries a different location, perhaps at a better time, or may even decide to go after different game. When game is scarce, there are times when a hunter must change their strategy.

We have more or less the same situation in business. There are many contracting opportunities in the world and your Board and management team work hard to pursue the right opportunities that minimize risk and create the best chance of making KIC successful. We develop and refine a strategy that we expect will result in growth and increased benefits for our shareholders. But there are times when taking the right actions at the right time fails to produce the results we expect.

Early in 2015, KIC was asked to submit a proposal to perform work at a Department of Defense facility in Georgia. In August of 2015, KIC received notice of award and we began preparing for a contract that would more than double the size of the company, both in terms of revenue and the number of employees. We were notified that KIC would receive a “direct award” sole-source contract with the understanding that work would begin in late 2015 or early 2016 following a brief period of final negotiation on pricing and terms.

With the promise of being awarded work that would dramatically increase the size and scale of the company, management began that would allow us to manage a large, new contract.

We hired additional staff with expertise in disciplines like contract administration and human-resource management so we would be fully prepared.

Unfortunately, the negotiations did not progress as we had hoped. The date for starting work on the new contract was repeatedly shifted and, after more than a year and a half of effort, KIC received notice in January of 2017 the government had decided to withdraw the contract offer and instead make an award through a competitive bidding process to the lowest priced, technically qualified contractor.

Naturally, we were all disappointed with the outcome. Fortunately, the board approved a 2017 budget that did not include any revenues from the opportunity in Georgia. Management made a number of dramatic cost-cutting changes late in 2016 and we built a plan for 2017 that shifted our strategy toward smaller contracting opportunities. While the contract in Georgia was big – about $120 million over five years– we made the wise decision to regroup, scale back and work to become more competitive on mid-sized contracts in the $3 – $5 million range, with a greater focus on our existing customer base. By building on our recent successes with current federal clients, we can develop existing relationships and grow the organization while minimizing risk.

We “right-sized” our current staffing levels and expenses to remain profitable without the contract in Georgia and we positioned our family of subsidiary companies for a new approach to contracting that is already proving to be successful. One of KIC’s subsidiaries just completed a challenging project for the Food and Drug Administration that is leading to more work with this agency. Our existing customers are already familiar with KIC, so when we pursue a contract with one of those agencies, we’re a “known entity” with an outstanding reputation for reliability and great work.

While 2016 proved to be a difficult year for KIC, the new year is looking much stronger. I hope you enjoy this edition of The Midnight Sun. It’s a very exciting time for KIC. Have a great, safe spring!