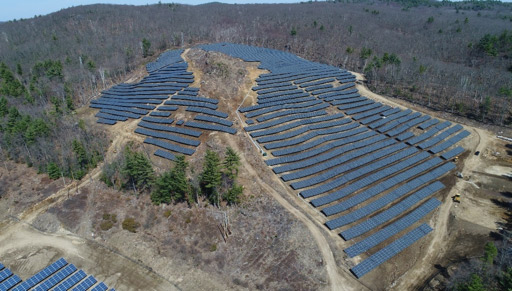 According to the U.S. Energy Information Association, renewable energy will account for a whopping one-third of new electricity generation added to the U.S. grid over the next three years. In addition to private businesses making the conversion, the federal government has been incorporating renewable-energy systems into new facilities and retrofitting existing buildings. KIC subsidiary Alaska Universal Services (AUS) is charging into this new and exciting field at full speed and has already built an impressive resume.

“Renewable energy at the federal level is an industry that we expect will continue to grow regardless of which political party is in power in D.C.,” says Erich Poch, business-development executive for AUS.

The price of renewable energy, particularly solar power, has dropped dramatically in recent years, making it a cost-saving measure.

“Solar is a viable renewable-energy source regardless of geography,” Erich says. “If it hasn’t already, solar power is expected to reach grid parity soon. That means purchasing and installing solar panels and other, related equipment – the whole process of producing electricity from solar – will soon match the price of electricity produced by fossil fuel.”

What role is AUS playing in this revolution? The company has recently completed solar-installation projects that have given it excellent experience in the field and position it very well for securing more work in the government’s ongoing changeover to renewables.

Recently, AUS successfully completed a large project to replace the roofs and install photovoltaic systems (i.e. solar power) on two buildings at Hawaii’s Wheeler Army Airfield (formerly known as “Wheeler Air Force Base”). The buildings are historic, having survived the attack on Pearl Harbor in World War II, so the project required a combination of care for the aging architecture with expertise in high-tech installation.

“They’re quite prominent buildings on base,” Erich says. We were able to help the client be successful with some of their first installations with these types of systems.”

AUS performed the project on a design-build contract, which means the company provided the entire project start to finish, as opposed to AUS performing only part of the job and other companies performing parts. It’s an impressive accomplishment for the AUS team.

“We have successfully closed out the project,” Erich says. “AUS has received our federal Contractor Performance Assessment Reporting System report, and the client has shown very high satisfaction with all of our performance.”

This ability to not only perform highly technical jobs that have a significant degree of difficulty but to perform them start to finish (design-build) is very important to the company going forward, especially considering the federal government will likely be contracting for more renewable-installation projects.

“The benefit of this project, in particular, to KIC shareholders,” Erich tells us, “is the corporation is gaining experience in the renewable-energy field, which is projected – again, regardless of political party – to be a fast-growing industry over the next 10 to 12 years, particularly in the federal market. What we do right now and the experience we gain establishes our project-performance credentials that we will need to bid on and secure this type of work in the future.”

The installation at Wheeler is only one of several solar projects that AUS has performed or is performing. The company is also working on the U.S. Army Reserve Center in Sloan, Nevada.

“We’re building a 300 kw, ground-mount, standalone, photovoltaic array,” Erich tells us, “which is offsetting a significant portion of the consumption of the Sloan Army Reserve’s site. This particular project is the second of three phases to offset the entire consumption of the facility via renewable energy.”

In addition, the company is working on a notable project in New England. “AUS has also been working as a subcontractor outside the federal market,” Erich says, “completing a substantial solar array in Massachusetts that will provide power into the local utility grid. The project is an important brick in our foundation of experience because it’s not a federal project. It has been progressing very well. It’s one more example of AUS getting our foot into this industry.”

Clearly, the KIC subsidiary has great leadership who are experts in the field of renewable energy and are intelligently positioning the company for growth.

“Each federal government agency has requirements to include a significant percentage of renewable energy by the year 2030,” Erich says. “We’re really only getting started. In addition, agencies like Department of Defense have programs to create resiliency in mission-critical sites, and renewable energy provides that resiliency.”

The work AUS is doing is very exciting, and we can’t wait to see photos from the company’s next big renewable-energy project. 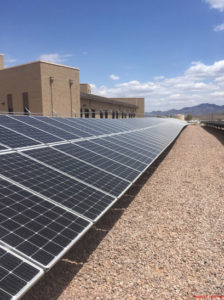 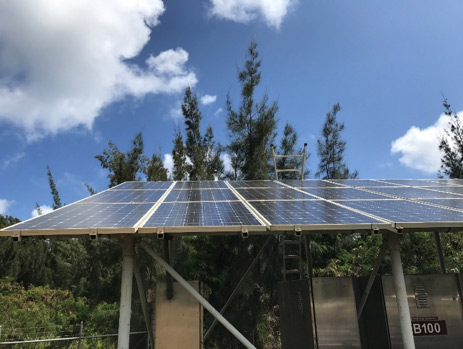